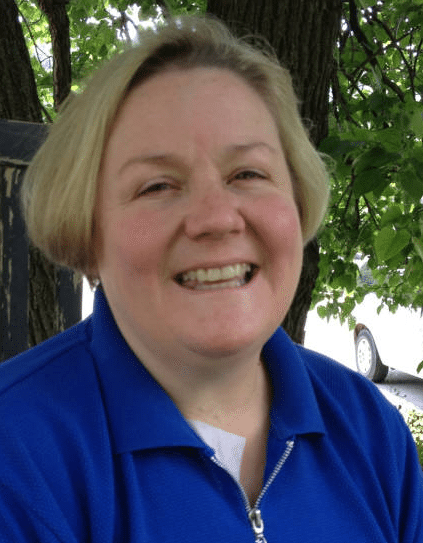 Marcia is the oldest of Sam and Bev Minor. She and her siblings were told they could return to the business after college but that they had to get some outside experience under their belts first. So, after graduating from Penn State, Marcia worked for four months managing an old-fashioned deli and ice cream-making café before returning to the SpringHouse! At that point, Bev and Sam were just adding on the full-service kitchen, buffet, and Sunporch. They were very ready for the extra help!

Marcia has enjoyed growing with the business and using her God-given gifts every day in this position. And she also greatly enjoys her family: Husband Don is a Home Health Care Nurse, working for Maxim assisting school-age children with their medical needs. Older son Donny is majoring in Animal Science in the College of Agricultural Sciences at Penn State. He has gotten very involved as an Ag Advocate, a Shreyer Honors Collegiate, and Chancellor of the Honorary Ag Fraternity, Alpha Zeta, along with being a member of various other clubs.

Nathan is finishing up his Senior year at Canon Mac High School playing volleyball, working at The SpringHouse in the store and catering, and is heading to Liberty University in the Fall. Marcia loves the SpringHouse customers, the SpringHouse staff, working with her family, and all the excitement that goes on at The SpringHouse. She says, “I thank the Lord every day for so many things…a new kidney (kidney transplant in 2012-a true Miracle), and to get to be a part of something so much bigger than me. What an amazing God we serve!”